The countryside flows towards Jesolo. Here it was all swamp then the drainage came and arose the farmhouses. Almost all the same, in the middle of the fields till where the eye can arrive. Horizon and again horizon and then the Lagoon. The Sile. The water brings the legends afloat, the bed is a hand of fate, the fish flow above with the water, with the seaweed.
Silence of places that seem uninhabited under this grey and low sky. The rain.
The sea, grey as well with a light blue reflection far away.
And the beach umbrellas that are open for the Giro at the Lido, the soggy sand.
And again the rain.
All flat so far. A road along the countries that used to be marsh and maybe it still hides some forgotten stories.
Sprinters, the last chance.
The rain that doesn’t stop, a couple with short pants that has taken a bit of barrier and has sat down waiting.
And the scream. A strong hug like a swollen river, under this rain that maybe wants to stop right now. Now that they all have came with the face blackened by the mud brought up from the wheels. An hug without end. Sacha to Max, his last man. That won sprint and even a bit his, and even a bit of the team. A strong hug to the one who keeps the captain close behind and protects him, fish that then changes the river’s course to let him get to the sea.

And then an arm, Eugenio, who keeps it close to the chest. He fell, he stayed down for a bit on that asphalt which seemed a stream, roots that have lifted him. Eugenio who didn’t want to go on the ambulance, he wanted only his bike to go to the finish line. He arrived in that way, after seven minutes, with the soggy suit, with the tired glance, with the arm attached to the body. I don’t know what it will be tomorrow morning. But cycling is this. Everything is too important to stop. It’s water that stays, continues flowing into the bowels of a drained land.
Resist. 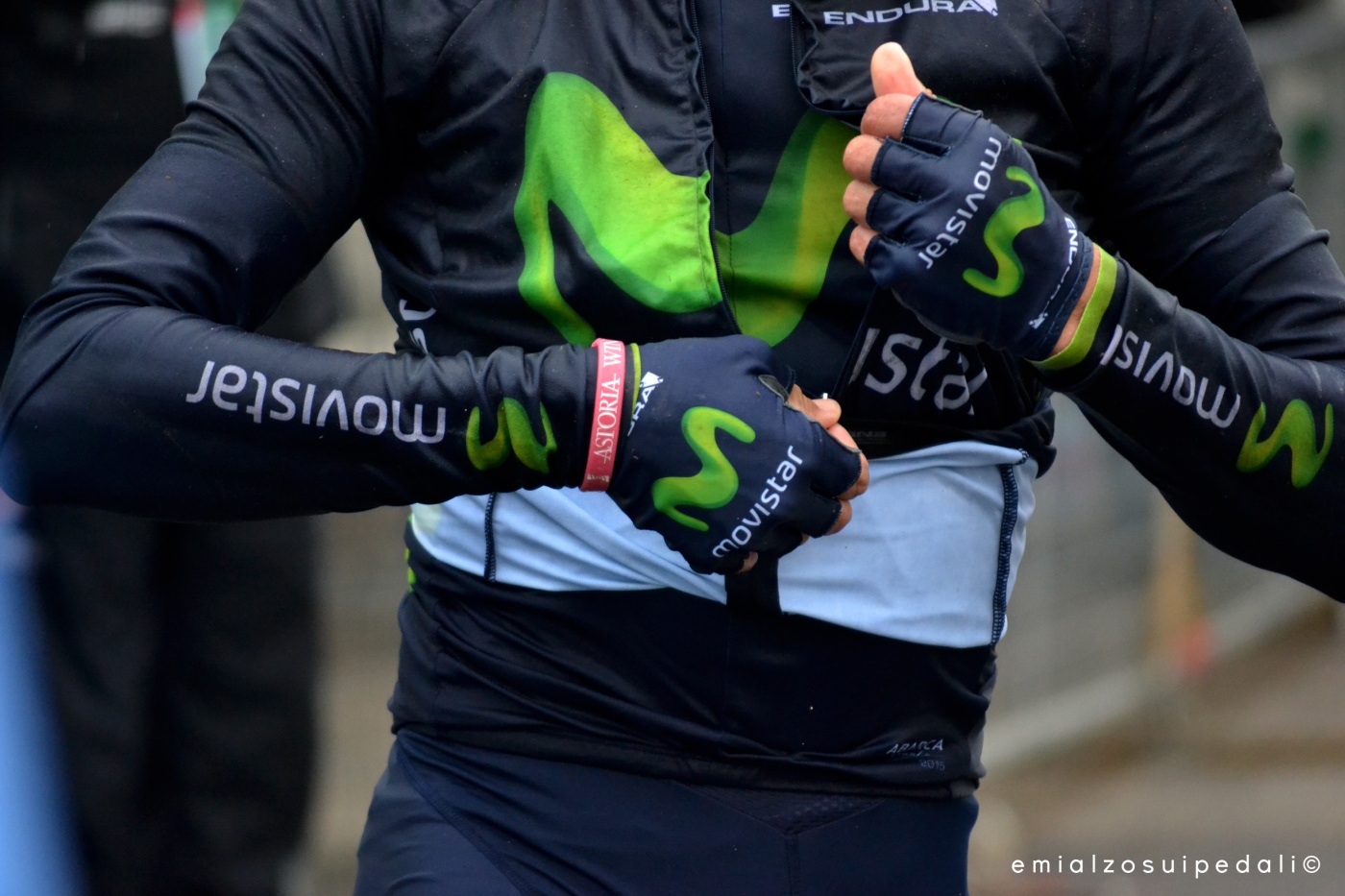