The cold sweat attaches to your body up here. The road that Napoleone wanted to go through the Alps. The road that rises with narrow elbows and that opens itself on the valley and then the lake that is lightblue and freezing like the air. The road is desert, the roadmen’s houses half abandoned, dark red against the almost cloudy sky. The Pass, a wooden restaurant made with that dark wood that was used for the chalets in the eighties and white plaster, a lot of little and motionless sheeps in the valley like the nativity scenes’ ones. A layer of clouds and then all white like the milk. The road. The road as it is, naked without anything else but that asphalt line that unknots everywhere.
Where are we going, Jack?
I don’t know but we must go
I know that this is France, that there is this strange air of when you go to see the cycling, too. When you stay on the road you never know where to actually go. You never know it before you get there, sometimes you don’t even know it when you restart. 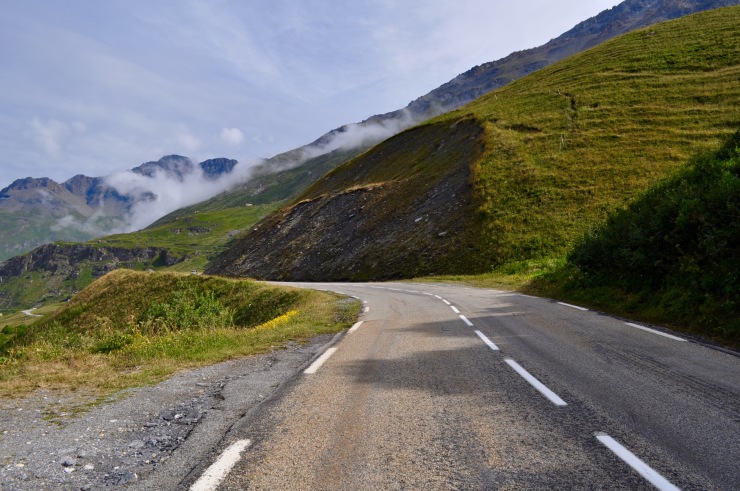 Cycling is strange, sometimes you think you can go on without it, other times, the right ones, you know that you could never leave it. It happens like in certain loves that are fed of lacks, of never lived hours and then swallowed straight away. You feel bad, you feel good. On the road means this, the life that comes out from everywhere and you can’t stop it. And you look for it everywhere, you want to go into the vortex and when you get in you would like to live even more. The heaven. Our strange heaven on the Heart.
You breath the Tour on your skin, thousands and thousands of people that wait in everyway and that speak in every language are there around a finish line. Ah, that’s a thing that touches. Together with everything else: the children grasped to the barriers under the sun, the people wrapped in the flags without thinking of the hot for an instant.

I find the life that flows again, the instants before the arrivals, the people that never stop, sweated in the shadow, that wait, the gendarmerie. Then the siren, the first, or rather the third because the first stayed embraced with his dad, surrounded by all the ones that want to get the first breath after the white line. 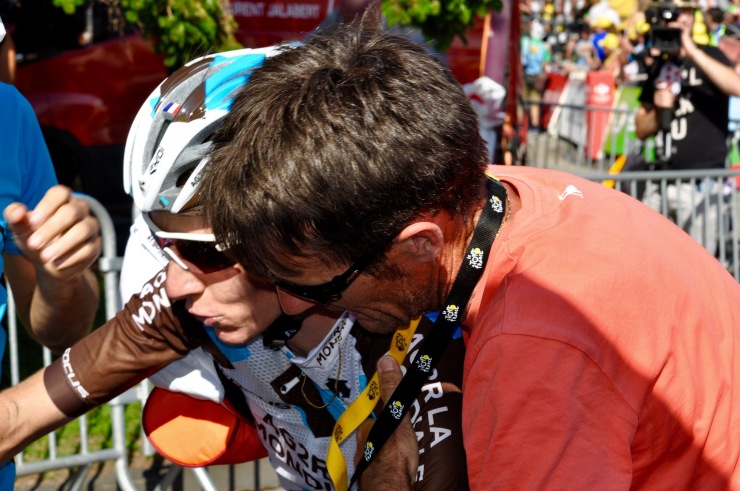 Thomas Voeckler arrives and a child asks him something: he takes his number off from his back, he gives it to him and everyone knows that that child will go back home flying for the happiness. The road, you never know where it takes you. You never know what it brings to you.

Saint Jean de Maurienne is already half in the shadow of the night. Nairo Quintana is shepherded to the team car by a wing of crowd. Someone from a balcony shouts: Nairo! Te amo!
He rises his head, smiles: immense white in a face of dark amber. He disappears in the dark windows of the team car even if he keeps smiling.
Nairo! Te amo!
Saint Jean de Maurienne is a little village that gets lost in the night and the flowers on the balconies shine in the golden light of the last sun. 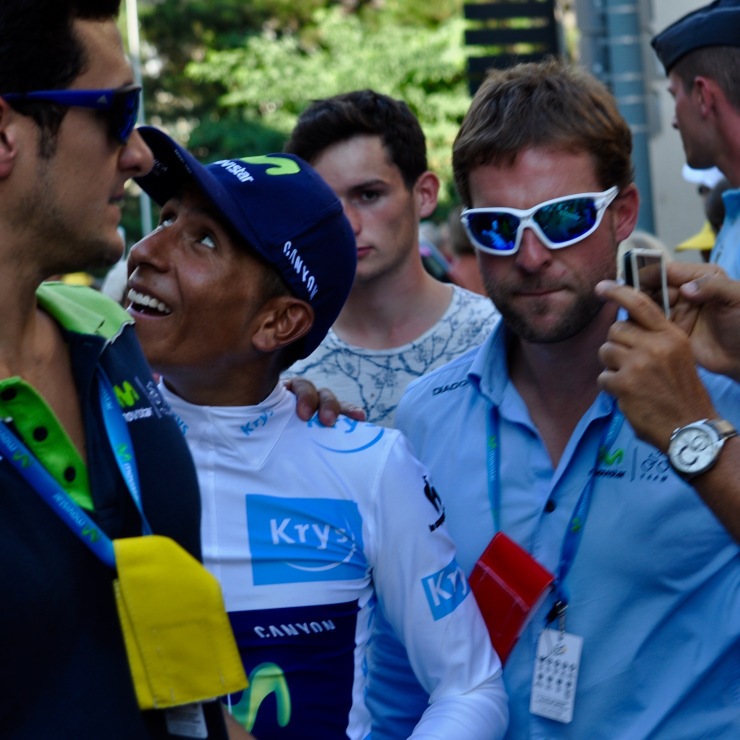 There is no connection here, we can’t do everything we would like to do. Other hundred things are missed, that we forgot or that we didn’t find here. But this is a beat trip, we need the jotter and a little more. A bottle full of cold water given without too many hesitations is enough.
A scream from a balcony, a smile extorted after a day like this are enough.
The tour is enough.