Milano and the sky without colour, the antique paved around the Arco della Pace and the people who speak my dialect. Milano is a bit like home.
Especially when I come back from trips. Stazione Centrale or the freeway’s barrier with its dazzling lights at the nights when it’s late because you went somewhere to see the cycling.
“I am at the barrier” means that I’m almost home. 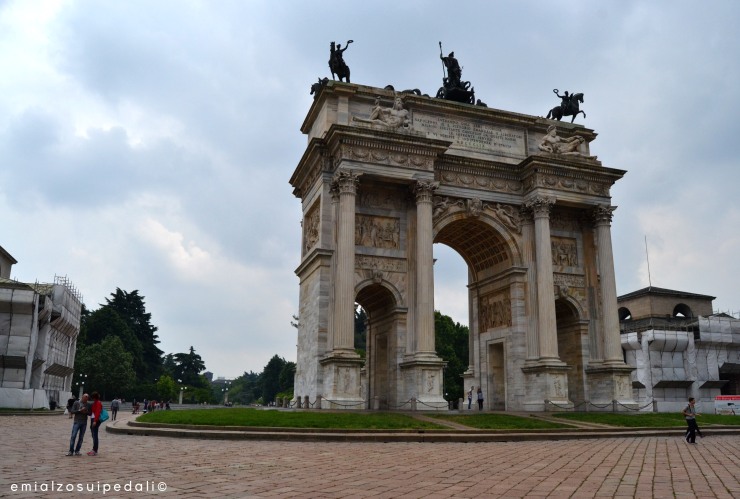 Also for the cyclists, today, this city is a bit like home. Six circuit laps and then the Heaven that has the perfume, the voices, the sounds of an amplified arrival. Milano is all they’ve dreamt in these days. Milano is the end. Milano is here, now. Corso Sempione which stops, a bit of sun that peeps out, the people attached to the barriers. And the screams at every passage, the love for everybody, without knowing the name. This hug is for each one of them. From the group Ikjo Keisse and Luke Dubrige escape. They “go like trains” in that city circuit that seems strange without traffic. Snaps a traffic light on the corner of the street. Red, yellow, green. For this time it remains ignored.

The others reach them. Not, maybe not. That bit of sun among the trees and the buildings lights up their forearms glistening with sweat. They take turns. It’s a pursuit to the last breath. Last lap. The group’s breath, the rumble of the city that stops to look at them. To look at those instants.

The winner is just one. Iljo Kessie passes first the white line.
The last before going back. But cycling is strange, it is evil and tender, and it makes the effort, the pain and even the shared hopes united. After the turn the two embrace. Sweaty. With the adrenalin still on. The first and the second embrace. That line counts just for the ranks. The fear of being reached, the finish line so close and so far.
What matters is here. The children that grasp the barriers too tall for them and ask for a bidon, they stretch their hands. And the cyclists please them smiling to the tiredness: they trow them some bidons, they give them through the mesh. And then the people that make a runway and to everyone they pat on the back saying “Bravo! Bravo!”
The heroes are all of them.
There are those who embrace, who greet, who hold the hands. 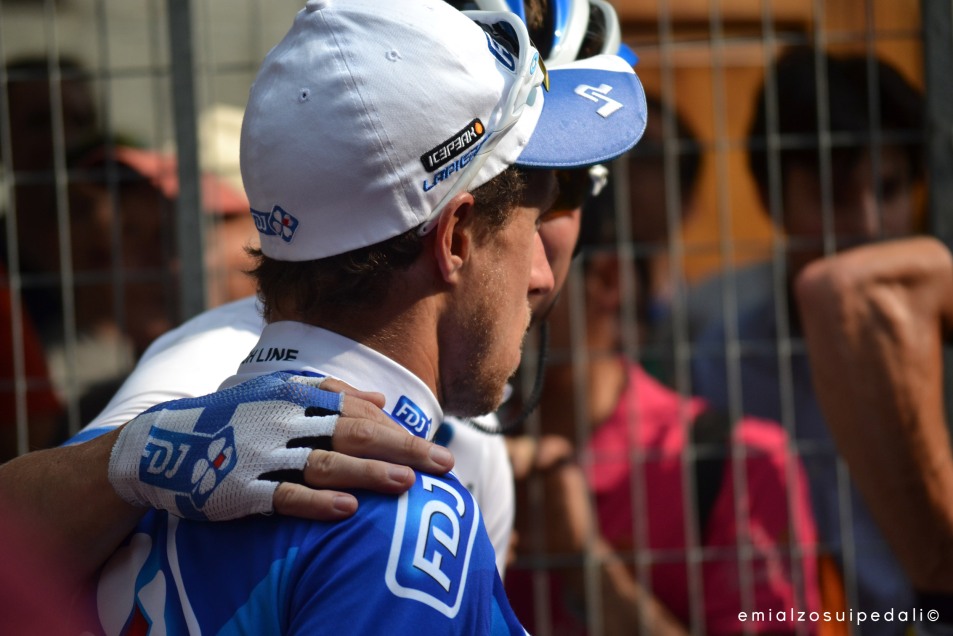 Milano, you’re the end of the trip. Of this long, incredible, leg breaking trip. Coriandoli that remain hung on the trees like carnival’s garlands. Children that run and shout and celebrate on this asphalt that is a pink carpet by now. People who remain close without realise.
What matters is here. An irrepressible affection that maybe can’t be explained. Or maybe can be easily explained. It’s just love that comes back. Never a denied smile, even after the most terrible stages, those that, after the finish line, you wouldn’t want to meet anybody for hours and hours apart from the masseur. Never a rude word, even after the lots overturned like a sock.
Love that comes back. Like an hurricane. 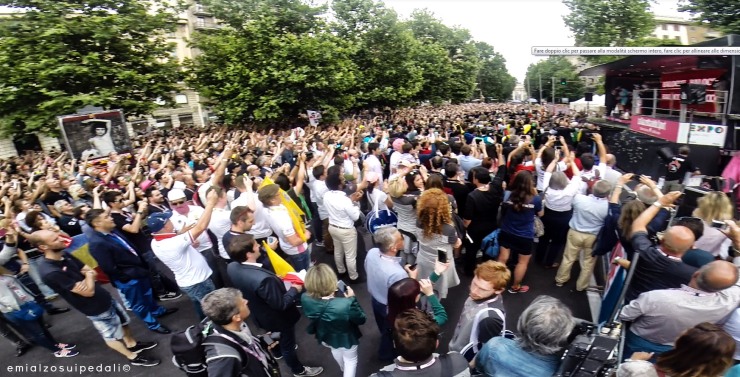 It’s almost warm, tonight, the Brianza’s air. The home air. There is that usual sadness to challenge and maybe that can be done just writing.
Also the moon, up there, in the dark sky, is pink. It seems like a sign. After all, I reckon that the path for us has somehow already been written. We should have the courage to follow it.
Really.