The climb’s procession. This is the almost holy part of cycling. The buzz of the people who walk uphill, the bike’s noise, mixed to the prognostics, at the passage times. The backpacks, the k-ways because you never know, the bars, the slices of cakes wrapped up in the foil, the panini. The essence of cycling is here, when the cyclists are still far away: people that do kilometres for an only goal, for only one passage. Everyone there, for the same reason. An itinerant feast, a flash mob that no social could organize better. This is the twenty-sixth hairpin turn. There are thirty-three. Thirty-three sharp turns that rip up the legs, which break you suddenly. If I remember correctly around the tenth there is Marco’s monument. I’ve already done this mountain. In an August day. I knew the shady soul, silent and cruel. 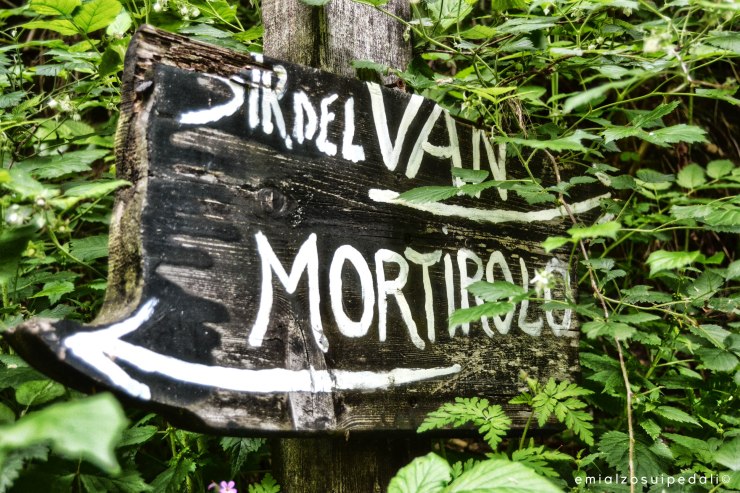 “Marco” says someone to his mate, “Perché vai così forte in salita? Per abbreviare l’agonia.”  His words, of the Pirate, that now are recited on this mountain like a poem, like a prayer. Like if here it was possible to talk to who is not here anymore because this asphalt spotted of shadow and sun still keeps the passage of his wheels. Hairpin turn after hairpin turn. Marco. This silence is still yours and it will be yours forever. Twenty-sixth hairpin turn and the people wait with the usual patience. There is this sun that comes and goes. The grey-white clouds, the light-blue sky, a snow-clad peak afar off. A man watches the valley floor with a binoculars. The wait. The race accesses the rise, the calm before the storm. The passage. The screams that mix to the fatigue, to the sweat, to the twisted faces. One by one and for everyone there is an encouragement. Cruelty and tenderness are mixed, as always. Evil the slope at every turn, heartening the words that break the mountain’s silence. They speak this way, the supporter and the cyclist, for an instant. They meet in the heart of everything, maybe even without knowing. For the last ones there is a little shove. Two meters, three. Things that in the rears don’t have to be demonized because someone, on the bike, even says thanks, smiling. Being insolent is something else. But there are things that are difficult to explain in the right way, without misunderstanding if you haven’t been around them for a bit.

Then everything ends, the enchantment breaks down, the silent one of the mountain stays, some drops of rain and then again the sun. Smell of wood, noise of a brook hidden among the trees. And then, running down, little unripe apples in the afternoon’s sun, a curious donkey.

On a signpost there is an arrow with written “Pizzoccheri”. My grandad liked them so much. And so do I. He liked to come here and he told that apples from Valtellina were the best ones. Every place has a soul. 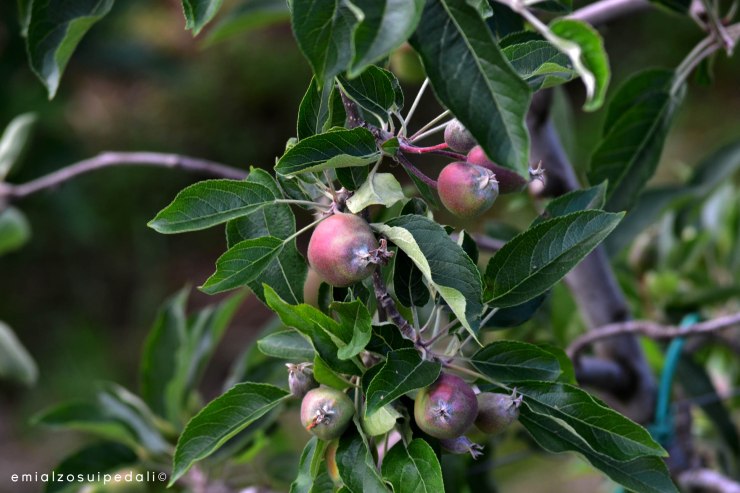 Cycling goes across it, unconsciously. It digs them up with the sacrifice. “Valtellina chiara, Valtellina scura”. The vines’ terracing flow in the last dazzling sun. “Valtellina chiara, Valtellina scura”. There is this fresh air that brings the lindens’ scent.
Rests the mountain again among the fronds of its woods, it keeps the memory with the fresh paint writings that go together with the indelible ones, that resisted in years. Like good memories. The road don’t erase them and don’t substitute them. It keeps them in silent. Gripped to itself.